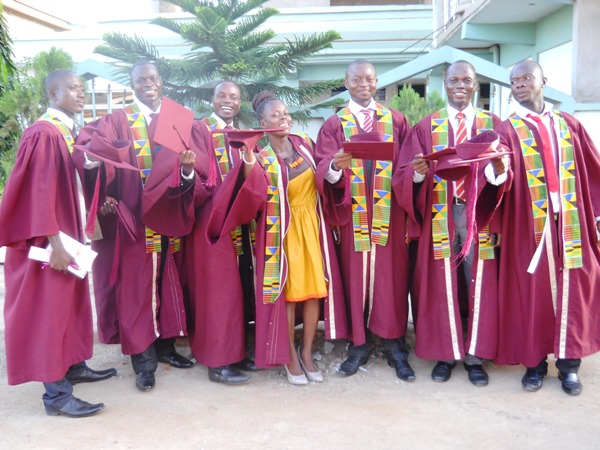 Some 2014 Graduates of the Pauline Bible Institute

The Pauline Bible Institute is a practical missionary institute. It is design to provide training in the form that is accessible to majority of believers in a context which they can relate with and fit into. It is the demonstration of a commitment to Disciplining the disciples.

The Pauline Bible Institute exists to prepare men and women to launch into the deep and do exploits for God in the end-time harvest of souls.

This is due to the fact that each believer is a student of God’s word and must be a bridge to other people during his/her life time only. In knowing the Lord Jesus Christ, we make him known. Ours courses draw heavily on the practice of Christianity on the missionary context. As such, issues related to cultures and developments of communities are given priority. Impact of the Gospel in the cultural context is explored.

The Pauline Bible Institute began in early 2001 as Missions Training School (MITRAP) and its focus as a training school was not to give head knowledge but to inform students on the needs of the unsaved and the unreached people in our generation. It was and still is a response to the absence of missionary training that is Biblical, field focused and teaches on church planting as Gods means of possessing the land.

It all started as a short term training limited to six (6) months full time work. The students were drawn from various denominations and were released for field work after the classroom phase. Missions Training Program now Pauline Bible Institute has had students from Kenya and Switzerland who have since gone to their countries.

Send us a question

Thanks, your email was sent.
Error sending email. Please try again later.
This template supports the sidebar's widgets. Add one or use Full Width layout.